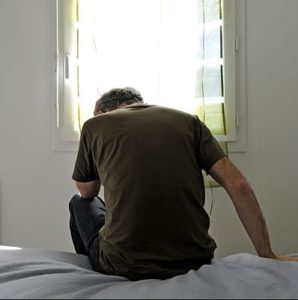 Since the FBI redefined its definitions of sexual assault nearly 10 year ago, the data on male victims of sexual assault has exploded, with some researchers suggesting men are victims of sexual crimes nearly as often as women. Taking into account childhood sexual abuse, sexual assault perpetrated against inmates, and men who report being forced to engage in unwanted sex acts, it’s clear that men also experience the brutalization of sex crimes, as well as the potential for its sequelae of post-traumatic stress disorder, depression, anxiety, low self-esteem and sexual dysfunction. The decades since the women’s movement began have been marked by more audible public dialogue about the needs of female sexual assault survivors, including respectful, effective medical and psychological treatment, rape prevention and appropriate prosecution of offenders. But rarely do men’s experiences as victims of sexual violence appear in the conversations. Certainly, our stereotypes about male sexuality(i.e., “men are always ready for sex”), men’s perceived “inability” to be victims of violence due to their physical size or strength, and our lack of services and outreach aimed at male victims support these victims’ continued silence about their experiences. Even in my field, where we are trained to sensitively and thoroughly gather information about clients’ sexual and trauma histories, I’ve encountered clinicians who fail to explore more deeply the origins of male clients’ depressive and anxiety symptoms, their PTSD reactions, or to elicit full disclosure about men’s sexual experiences and traumas, simply because we are conditioned not to see men as victims of sexual violence. Research shows that much of the treatment women receive to heal psychologically from assault could be effective for male clients (although plenty of gender-related differences suggest male victims could benefit most from treatment that specifically addresses their experiences.) Yet, rarely do I come across a professional workshop or academic article that addresses the occurrence of male sexual assault and treatment for its survivors. We know that therapy can be a life-saving tool for victims of sexual violence, regardless of gender. We have a responsibility as a culture, a profession, as compassionate people invested in the optimal health and functioning of our fellow human beings to open our minds, hearts and ears to the real experiences of male survivors of sexual violence. A truly equal​ society not only celebrates the gifts of all its peoples, but responds to the wounds of all its members with compassion, support and validation.