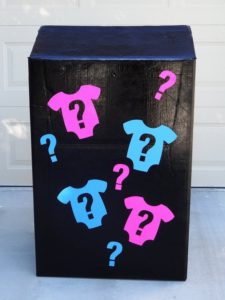 Seemingly simplistic and straightforward, the concept of gender is anything but. While one’s sex refers to an individual’s genitalia and chromosomal makeup, gender is a social construct determined by the times, ideas and mores of a culture. Certainly, most of us can understand how the concepts of “male” and “female” have shifted over time. In our lifetime alone, the expectations of men and women’s roles, rules and opportunities has changed greatly. In my mother’s generation, young women who worked outside the home and chose to remain childless were often ridiculed and judged as “lesser” for not desiring the traditionally deemed roles of mother and homemaker our culture had assigned to women. Yet, throughout early civilizations, women, not men, were considered the dominant and “stronger”  gender, assuming the heads of households and leading their people’s religious and spiritual ceremonies. Indeed, in the eras prior to Christianity, visions of God included predominantly stereo-typically “female” characteristics and bodily representations. So why is it so hard for most of us to accept the idea of gender as anything other than fixed and absolute?

The reasons are more complex and multi-faceted than a short article can address. But humanity feels most secure with black and white, either/or certainty. If one is “A”, one cannot also be “B” as well. But the complicated nature of identity defies easy categorization. And our sense of ourselves may change over time. Accepting gender identity as an innate right every human has to define for one’s self requires us to step out of the comfort of “black and white,” and accept that we cannot assume that our perception of the other is more factual than the other’s personal experience of themselves. Gender non-conforming people are pioneers, blazing a singular trail toward social justice and the human rights of expression and self-determination. It may take generations of advocacy and education before we treat gender as we aim to approach race, physical ability, and cognitive differences—as characteristics that are to be appreciated and celebrated for their uniqueness and diversity, for how these different ways of being, existing and presenting enhance and enrich us all. I will continue to support these brave souls as they forge forward, forcing us to face our discomfort, to wrestle with difficult realities, and provide one another with the respect to determine our own true selves.